Women’s history month ain’t over yet. To end this month with a bang, we wanted to shed some limelight on the women who have made important contributions to poetry throughout history. So, we’ve made a list of twelve female poets who have changed the game for the better. With groundbreaking form, style, and subject matter, these twelve women have elevated the genre as a whole.

To kick off the list, we’re throwing it back to Ancient Greece. Sappho was a poet who lived on the island of Lesbos, where she was known for her lyric poetry. Affectionately known as the “tenth muse” and “the poetess” of her time, Sappho’s work inspired countless Greek poets to come (though most of her work is lost today). Also known as Meera Bai, this sixteenth-century Hindu mystic poet is widely known and cherished in the Bhakti movement culture. Though there are no surviving manuscripts from her time, she is credited with a passionate and blissful poetry style that always centered on Krishna. Her compositions are still sung today in India, mostly as devotional songs, as they are deeply philosophical. 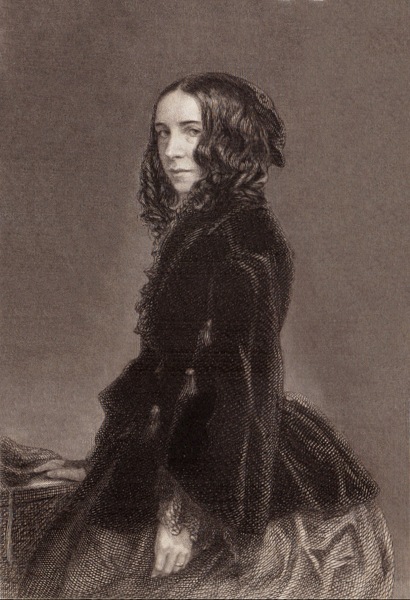 Arguably one of the most highly regarded poets of the nineteenth century, Browning’s literary reputation eclipsed her husband Robert Browning’s. With a wide following in both England and the U.S., her work inspired none other than the iconic Emily Dickinson. Dickinson even had a photo of Browning framed in her room. Poet Edgar Allan Poe also borrowed the meter from her poem Lady Geraldine’s Courtship for his notorious poem The Raven. Indian activist and poet Sarojini Naidu was a key figure in India’s struggle from independence from colonial rule, as well as a proponent of civil rights and women’s emancipation. Naidu made use of vivid sensory language in her poetry. She is the author of three collections: The Golden Threshold, The Bird of Time, and The Feather of the Dawn (published posthumously). She even earned the nickname the “Nightingale of India” through her work. This unique and avant-garde poet published under the pen name H.D. Feminist, modern, and highly intellectual, H.D.’s one-of-a-kind voice unpacks themes of love and war, birth and death, gender, and language. H.D. was also transparent about her bisexuality, making her an icon for the early LGBT rights movement and feminist movement in the 1970s and 1980s. With work ranging from short lyric poems to intricately structured epics, Anna Akhmatova is easily one of the most prolific poets of twentieth-century Soviet Russia. Known for her economic use of language and emotional restraint, her work deals heavily with the struggles of living and writing under the Stalinist era. Much of her work was condemned and censored by Stalinist authorities. An artist and a humanist, Denise Levertov used her uncluttered and observant point of view to celebrate nature, serve as a political activist, and explore themes of love and faith. Inspired by the style of William Carlos Williams, Levertov’s early work is quietly passionate, though she activates a darker, more political position in the 1960s in opposition to the Vietnam War. As a leading figure in the Black Arts Movement, Sanchez is known for her ability to blend musical formats (like jazz and blues) with traditional poetic forms (like haikus and tankas). She credits inspiration to poets like Langston Hughes and Sterling Brown, who celebrated the unique and personal sounds of black English and slang words of the time. Poet Laureate of the United States Joy Harjo, June 6, 2019. Harjo is the first Native American to serve as poet laureate and is a member of the Muscogee Creek Nation. Photo by Shawn Miller/Library of Congress.

The first-ever Native American U.S. Poet Laureate Joy Harjo is a key figure in contemporary Native American literature. Her work typically explores themes of the self, the arts, and social justice. Though much of her work is written, Harjo is a firm believer in the oral tradition, as she often performs orally and incorporates music into her work. This award-winning Scottish poet pulls no punches. Her poems and monologues have a sharp feminist edge, as she often dramatizes scenes from childhood, adolescence, and adulthood. Her work earned her a spot as the first Scottish-born and first LGBT Poet Laureate of Britain. Jenny Zhang, a Brooklyn-based poet, explores the Chinese American immigrant identity in the U.S. through much of her work. Her first poetry collection, Dear Jenny, We Are All Find, served to sprout her career. The book was praised for its surrealist, racy, and clever tone. In 2014, she joined actress Lena Dunham on a book tour for Not That Kind of Girl. After the tour, Dunham went on to publish Zhang’s short story collection Sour Heart.

Another Brooklyn-based poet, Aja Monet is the youngest poet to become the Nuyorican Poets Café Grand Slam Champion; she was just 19 at the time. She is praised for her captivating voice and vivid imagery. Her first poetry collection, My Mother Was a Freedom Fighter, was nominated for an NAACP Image Award for Oustanding Literary Work.