Is motherhood compatible with a life devoted to writing? Interviewers and readers have asked literary voices from Alice Walker to Zadie Smith, making them part of a long-standing, contentious debate. The question of whether to write and parent has inspired think pieces in The New Yorker, The Cut, and seemingly everywhere else, even becoming the basis of an anthology about childless authors. Some argue that the sheer cost and time spent raising a child contradicts the freedom needed to pursue writing, while others contend that parenthood can serve as endless poetic inspiration. Everyone’s writing process and life path look different, and the roles of poet and parent are what we make them—not what the world tells us. These five women poets have embraced motherhood as a muse.

Givan considers her poetry to be centered on women—namely, “mothers, daughters, childless women, aunties, and nanas.” Her first collection, titled From the Ashes of My Cervix, I Rise, explored infertility and Givhan’s eventual adoption of a son. Landscape with Headless Mama, published more recently, uses dark fairy tales as a way of analyzing the maternal experience.

In “Headless Mama Returns,” Givhan addresses her children both born and unborn. Givhan considers what it means to raise children in a world of violence and inequality. She references the cult-classic TV show Stranger Things and its portrayal of motherhood, ultimately penning an ode to the fierce protectiveness and righteous anger of mothers. “I’ve brought only the living ones to pray [for strength] / for when their mama hollows a wall, marrows a bone & / the headless girls return to her & the bodies rise like steam / from her chest & she flings her rust, her knives & uplifts / the blanket of ribcage to the cavernous tomb of sky.”

Yes, the amazing Tracy K. Smith won a Pulitzer Prize, became United States Poet Laureate, and produced a successful poetry podcast, all while raising three children. Whether or not they name motherhood explicitly, Smith’s poems position their speaker as a record of “living history,” recounting the politics and injustice of both the past and today. In her latest collection, Wade in the Water, Smith juxtaposes the joy and freedom of watching her daughter flourish with the harrowing, untold tales of slaves who enlisted as soldiers in the Civil War.

In “Einstein’s Mother,” Smith again delves into historical perspectives, using her own experience with motherhood to inform this poem written as a series of questions for Albert Einstein’s mother. Upon hearing that Einstein was a “difficult child,” Smith delved into the challenges of parenting and the connection between mother and child. She writes, “Did he / arch his back and hammer / his heels into the floor / the minute there was / something he sought. / And did you feel yourself / caught there, wanting / to let go, to run, to / be called back to wherever / your two tangled souls had sprung from. Did you ever / feel as though something / were rising up inside you.”

Hill, a poetry professor at the University of Kentucky, obtained her doctorate degree and published the award-winning collection A Bound Woman Is A Dangerous Thing as a single mother of her son. This ambitious and powerful first book takes on the prison industrial system as a generational force.

Landau, who has three children, holds a Guggenheim Fellowship and teaches in the prestigious New York University creative writing program. Landau’s latest collection, Soft Targets, considers the role of love between friends and families in times of chaos, violence, and political uproar. She looks back on her grandmother’s refuge from Nazi Germany and how it impacts her lineage today, especially as modern neo-Nazis gain frightening popularity.

In the aptly titled poem “Domestic,” Landau contemplates and challenges the gender roles of marriage and parenting. The poem also creates a parallel between her art form and her family. “Mother’s been dead a decade / but her voice comes back to me now and often,” Landau reflects. “Life accumulates, a series of commas, / first this, then that, then him, then here. / A clump of matter (paragraph) / and here we are: minutes, years. / …Family, I say, wake up. The sentences / one then another one, in a line. And then / we go on like that, for a long time.”

Kasischke, whose son is now grown, has written nine collections of poetry and nine novels. She has won National Endowment for the Arts fellowships twice. Readers praise Kasischke’s work for illuminating the strangeness of domestic and familial life with its odd, specific imagery.

In “Two Men & a Truck,” Kasischke marvels as her son matures, remembering his early childhood and when she played the most central role in his life. “These shoes in the palm of my hand?” Kasischke reminisces. “You used to wear them on your feet. / This blanket the size of a hand towel? / I used to wrap it around you sleeping / in my arms like this. See? This / is how small the world used to be when / everything else in the world was me.”

Want to read more? Check out Read Poetry’s list of poems to show your mom how much she means to you. 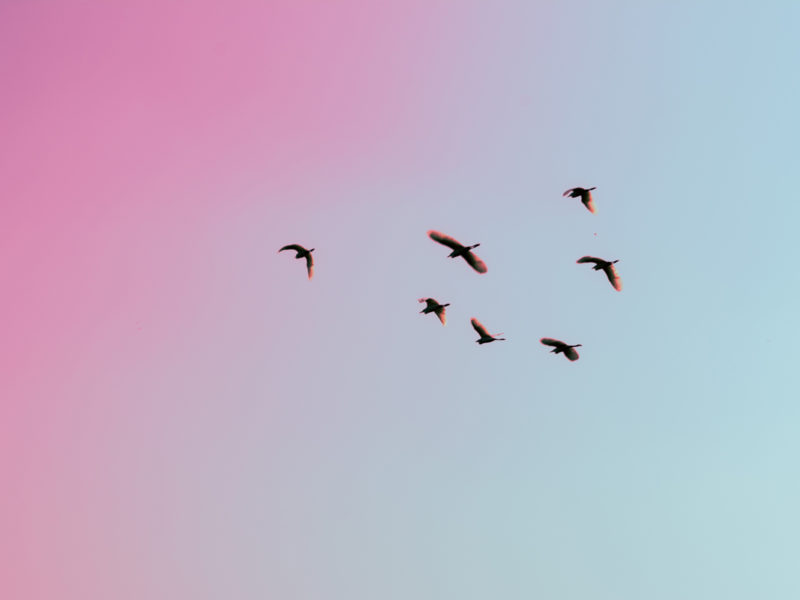