Are You Still Watching?: Netflix and Poetry Pairings Dear White People is about the experience of black students enrolled at a predominantly white Ivy League university. The exploration of identity, politics, and the rise of racial tension creates a dynamic campus that challenges the status quo.

To Keep From Undressing by Aisha Sharif is a collection of poetry exploring the experiences of an African-American Muslim woman from the South. This unique combination presents both conflict and resolution as both identities affect one another. Both the book and the show focus on the conversation around identity and the internal struggle and experiences outlined by certain identities, many of which have outward environmental repercussions. POSE is an FX series that follows the journey of transgender characters in the 1980s New York Ballroom culture popularized by the LGBTQ and non-gender conforming community.

Feeld, an entirely Middle English collection by Jos Charles, explores the relationship between self and identity through prose. Charles chose to write in Middle English to provide deeper insight into her understanding of the parallels between selecting to use language as a tool and her experience identifying as a trans woman. Both the show and the book intertwine identity with purpose. Finding one’s identity in the midst of conflict can create resolution in character arches. Charles uses Middle English both as a literary device to show depth in language and her identity as a trans woman. This parallel carries over to the characters and relationships in POSE. She’s Gotta Have It—The Chaos of Longing by K.Y. Robinson

She’s Gotta Have It gives viewers a look into the life of Nola Darling, a street-savvy artist living in Brooklyn, New York. A sex-positive, pansexual woman, Nola is in three simultaneous relationships, all of which differ from the next. All her suitors know about each other, but the tensions grow, and Nola struggles to navigate her complex love life. The show explores the idea of owning one’s body and emotions while trying to traverse the modern love scene.

The Chaos of Longing by K.Y. Robinson is a collection of poetry and prose that examines relationships, sex, and toxicity. Diving into each stage, Robinson provides her honest look into the moments that most of us face. The tether between the show and the book is found in the female lead. A story of brutal truths and mental conquests is intertwined with both sexuality and longing. Luke Cage is a rugged hero in Harlem, New York. With his checkered past slowly coming into focus, he inspires the city to stand up to local crime and injustice. Finding himself haunted by his past life, he struggles to stay in the fight against the tyranny that has plagued predominantly African American communities, but he perseveres and becomes a symbol of hope for Harlem. Breaking down tropes and stereotypes, Luke Cage sheds the original, 1970s, “blaxploitation” comic book storyline to demonstrate the progressiveness of the African American community.

The Weary Blues by Langston Hughes explores the black experience through prose. Hughes, aware that the black voice is finally being expressed in the literature in a progressive way, crafts pieces that challenge the idea of freedom. In The Weary Blues, Hughes examines his reality as a black man in America through the rhythm of jazz, with the intention of his pieces being read aloud with jazz accompaniment songs of hope and resilience. The first time I read this book, I decided to ingest Hughes’s words somewhat arbitrarily due to my lack of familiarity with his work. However, when I came back to the book after defining my own experiences as a black man in America, I recognized that Hughes was being very strategic with Weary Blues. In fact, I see his use of language and singsong rhythm as rebellious to the times (the 1920s).

It is in this rebellion where I see the connection between Luke Cage and The Weary Blues—the importance of being unapologetic and black to make room for progress no matter the artistic medium. Inspiration and pride come through in both bodies of work. 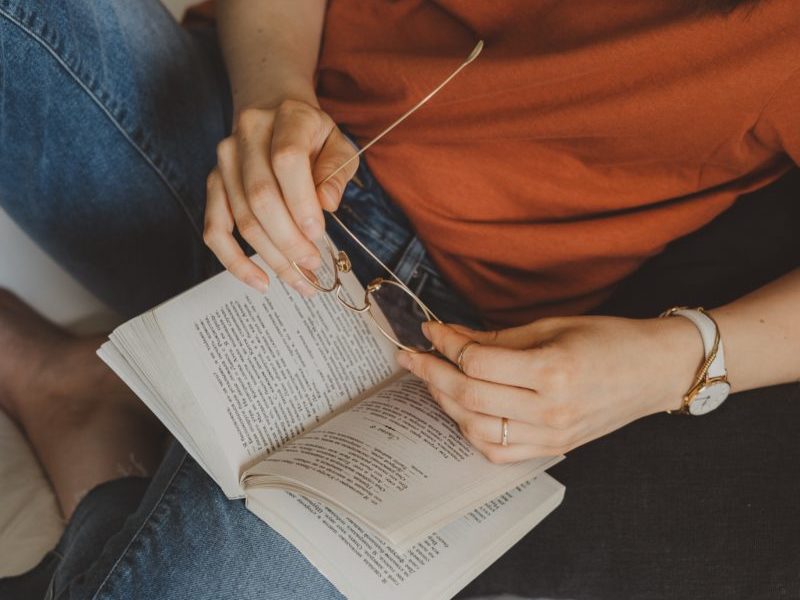 How To Beat Writing Burnout: 5 Tips to Help You Feel Inspired Again