Aries season is coming in hot from March 29-April 19th. As the first sign of the Zodiac, Aries are the trailblazers, both passionate and independent. Known for their competitive nature, Aries will put everything they have (and then some) into winning. Loyal, smart, and impulsive, they always have multiple projects on their mind, and won’t be satisfied until their work, social life, and personal lives line up exactly with the dream life they’ve envisioned.

This season is all about asking for what you want and accomplishing your goals. It’s about feeling strong and confident in yourself and your abilities. It’s full of fire, just like the Aries element. To embrace this intense and ambitious time, here are 5 poems that embody Aries strength and confidence.

“Still I Rise” by Maya Angelou

You may write me down in history

With your bitter, twisted lies,

You may trod me in the very dirt

Does my sassiness upset you?

Why are you beset with gloom?

Pumping in my living room.

With the certainty of tides,

Did you want to see me broken?

Weakened by my soulful cries?

Does my haughtiness offend you?

Don’t you take it awful hard

Diggin’ in my own backyard.

You may shoot me with your words,

You may cut me with your eyes,

You may kill me with your hatefulness,

Does my sexiness upset you?

Does it come as a surprise

At the meeting of my thighs?

Out of the huts of history’s shame

Up from a past that’s rooted in pain

Welling and swelling I bear in the tide.

Leaving behind nights of terror and fear

Into a daybreak that’s wondrously clear

Bringing the gifts that my ancestors gave,

I am the dream and the hope of the slave.

I am not the girl men fall in love with.

I am the girl that men want to fuck.

I could count on five hundred fingers

the number of people who have professed,

“I like you. You’re different. You’re an interesting girl.”

Apparently I’m not fascinating enough for you

to want to hold for more than a one-night stand.

as I finished swimming a sea of blankets,

left stranded on the shore,

What’s wrong with me?

What am I doing?

Am I not good enough for anybody?

And right before I could drown again,

the sun woke up and said,

Forget the men whose hands have groped your hips

in search for answers to questions

you’ve never even heard of.

Do not settle for people who do not appreciate you,

who do not know how lucky they are.

Remember it is a luxury to be loved by you,

to be touched by you, and

the warmth of another body does not define your worth.

they think they can own you

with their drunken stares and roughened arms, but

I have circled the earth

to feed the light flowing inside your skin.

Do not waste it by illuminating those who

cannot even be bothered to learn your last name.

So that night when

the moon tried once more to pin me down,

I am made of sunlight, crashing waves, and fireworks.

You think you can tame me

and cool my flesh?

I am the girl who plays with matches

and, trust me, I play it well.

a pile of destruction in my wake.

My heart is a bushfire

and the next time you try to control me,

I will burst out and ravage you in flames.

i have dug my way

with palm and fist many times

my whole life has been

one burial after another

i will find my way out

out of you just fine

“Character of the Happy Warrior” by William Wordsworth

Who is the happy Warrior? Who is he

That every man in arms should wish to be?

—It is the generous Spirit, who, when brought

Among the tasks of real life, hath wrought

Upon the plan that pleased his boyish thought:

Whose high endeavours are an inward light

That makes the path before him always bright;

Who, with a natural instinct to discern

What knowledge can perform, is diligent to learn;

Abides by this resolve, and stops not there,

But makes his moral being his prime care;

Who, doomed to go in company with Pain,

And Fear, and Bloodshed, miserable train!

Turns his necessity to glorious gain;

In face of these doth exercise a power

Which is our human nature’s highest dower:

Controls them and subdues, transmutes, bereaves

Of their bad influence, and their good receives:

By objects, which might force the soul to abate

So often that demand such sacrifice;

As more exposed to suffering and distress;

—’Tis he whose law is reason; who depends

Upon that law as on the best of friends;

Whence, in a state where men are tempted still

To evil for a guard against worse ill,

And what in quality or act is best

He labours good on good to fix, and owes

To virtue every triumph that he knows:

—Who, if he rise to station of command,

Rises by open means; and there will stand

And in himself possess his own desire;

Who comprehends his trust, and to the same

Keeps faithful with a singleness of aim;

And therefore does not stoop, nor lie in wait

For wealth, or honours, or for worldly state;

Whom they must follow; on whose head must fall,

Like showers of manna, if they come at all:

Whose powers shed round him in the common strife,

Or mild concerns of ordinary life,

A constant influence, a peculiar grace;

But who, if he be called upon to face

Some awful moment to which Heaven has joined

Is happy as a Lover; and attired

And, through the heat of conflict, keeps the law

In calmness made, and sees what he foresaw;

Or if an unexpected call succeed,

Come when it will, is equal to the need:

—He who, though thus endued as with a sense

And faculty for storm and turbulence,

Is yet a Soul whose master-bias leans

To homefelt pleasures and to gentle scenes;

Sweet images! which, wheresoe’er he be,

Are at his heart; and such fidelity

It is his darling passion to approve;

More brave for this, that he hath much to love:—

Conspicuous object in a Nation’s eye,

Or left unthought-of in obscurity,—

Who, with a toward or untoward lot,

Prosperous or adverse, to his wish or not—

Plays, in the many games of life, that one

Where what he most doth value must be won:

Whom neither shape or danger can dismay,

Nor thought of tender happiness betray;

Looks forward, persevering to the last,

From well to better, daily self-surpast:

Who, whether praise of him must walk the earth

For ever, and to noble deeds give birth,

Or he must fall, to sleep without his fame,

And leave a dead unprofitable name—

Finds comfort in himself and in his cause;

And, while the mortal mist is gathering, draws

His breath in confidence of Heaven’s applause:

This is the happy Warrior; this is he

That every man in arms should wish to be.

There is no such thing as weak women,

Who have not stepped into

The world is waiting. 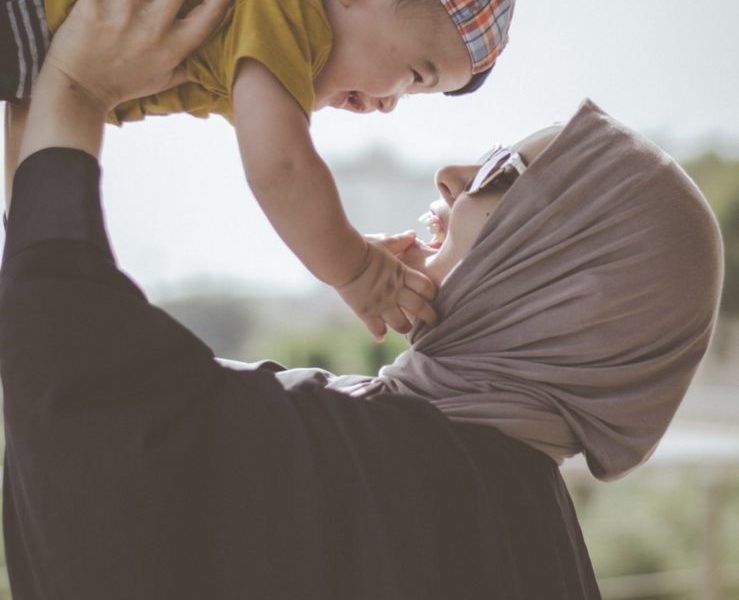 7 of The Best Poetry Collections for Teenagers